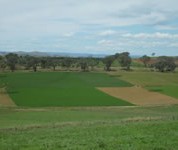 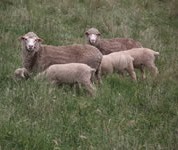 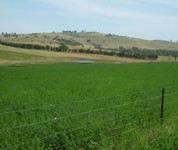 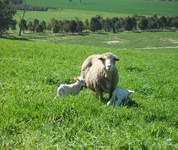 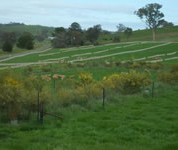 Providing shelter for lambs had more benefit at Hamilton than at Wagga Wagga where wind chill risk was lowerSee more. 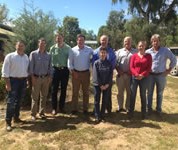 Shrubs and lucerne for controlling recharge

What’s the most profitable way to use limited green feed this summer? This powerpoint demonstration takes you through the various  scenarios of utilis…

The most obvious benefit of belts of shrubs is to shelter stock from cold and wet weather that can cause livestock deaths, especially of new born lamb…

This Online EverGraze Exchange provides information on the key factors driving livestock productivity and enterprise profitability. A process is inclu…

Merino producers can achieve flexibility and reduced risk in their ewe operations by adopting a split joining strategy. Conservative lamb producers in…

Recent years of low spring rainfall in southern NSW has highlighted the risk of low weaning weights. Producers can reduce this risk and optimise profi…

Species used in the experiments:   Lucerne, phalaris, tall fescue, chicory (all with an annual subclover/grass base), and acacia shrubs.