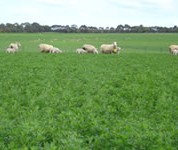 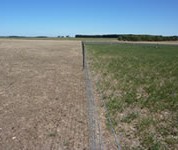 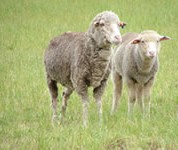 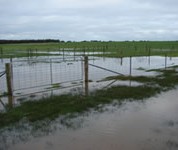 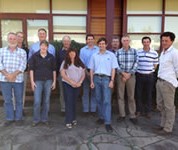 Click on a key result to see the data

Water use of different perennial species

The purpose of this report is to summarise the Impact of the EverGraze project based on evaluation data collected from activities between July 2011 and June 2012. This impact analysis will provide a basis for monito…

At the Hamilton and Wagga Wagga Proof Sites, perennial grass hedges and shrub nurseries provided very effective shelter, reducing wind chill by up to 99%. At Hamilton, this reduced the average number of days with po…

Pasture measurements are integral to grassland experimentation. Such measurements are equally essential whether assessing the herbage present in a pasture, examining changes in growth or pasture quality during the g…

Although generally well adapted and productive, the summer-dormant perennial pastures of southern Australia do not provide a year-round, high nutritive value feed base, they fail to respond to summer rainfall, and t…

This Online EverGraze Exchange provides information on the key factors driving livestock productivity and enterprise profitability. A process is included for evaluating your livestock system to identify opportunitie…

EverGraze is developing and testing new farming systems in different environments across the high rainfall zone of southern Australia. The target is to increase profits of sheep and cattle enterprises by up to 50% a…

The experiment at the Hamilton Proof site at PVI was conducted by EverGraze between 2006 and 2010. The ‘Standard’ livestock enterprise run at the site was a Merino ewe joined to a Terminal ram. The second system run…